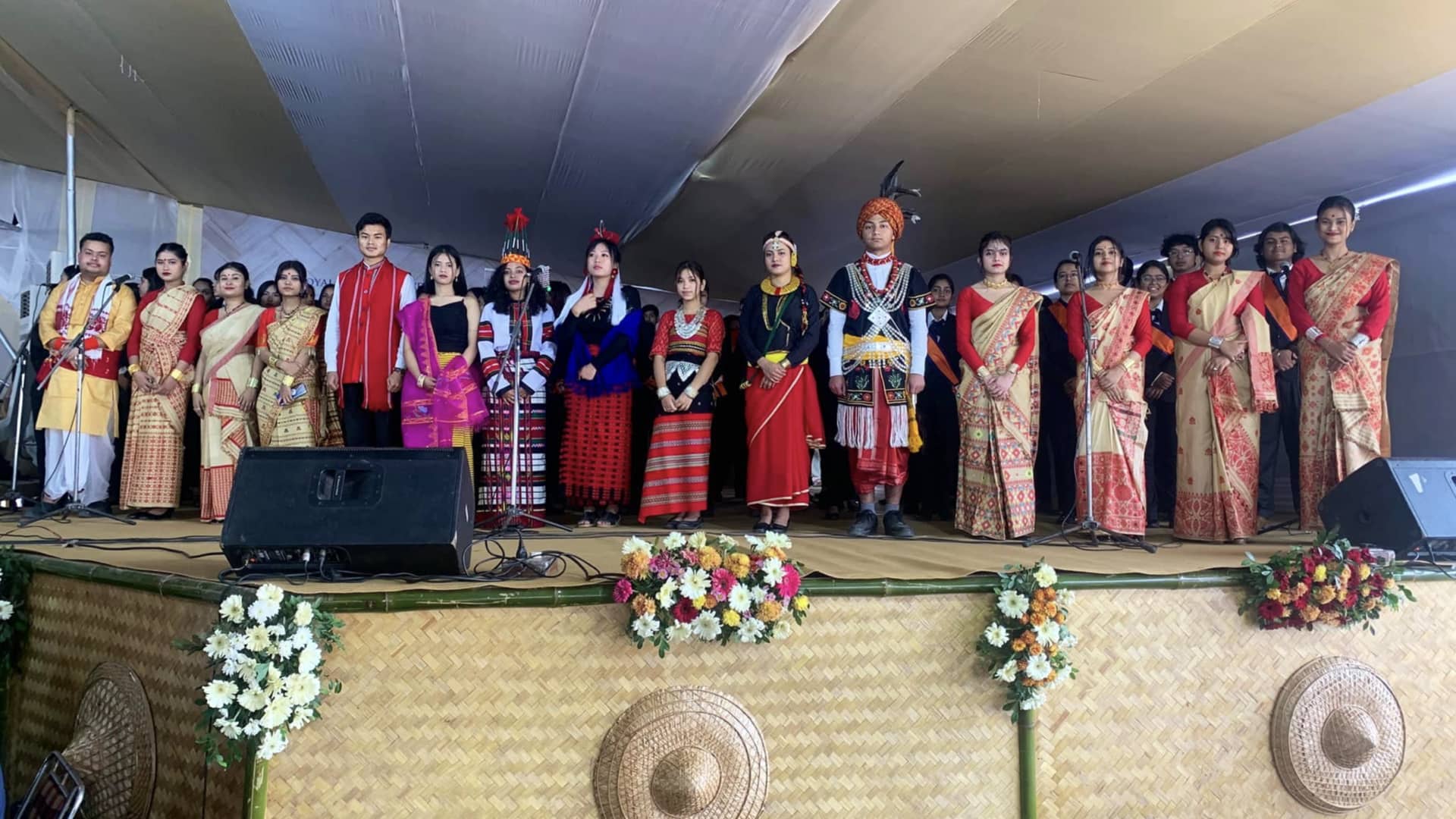 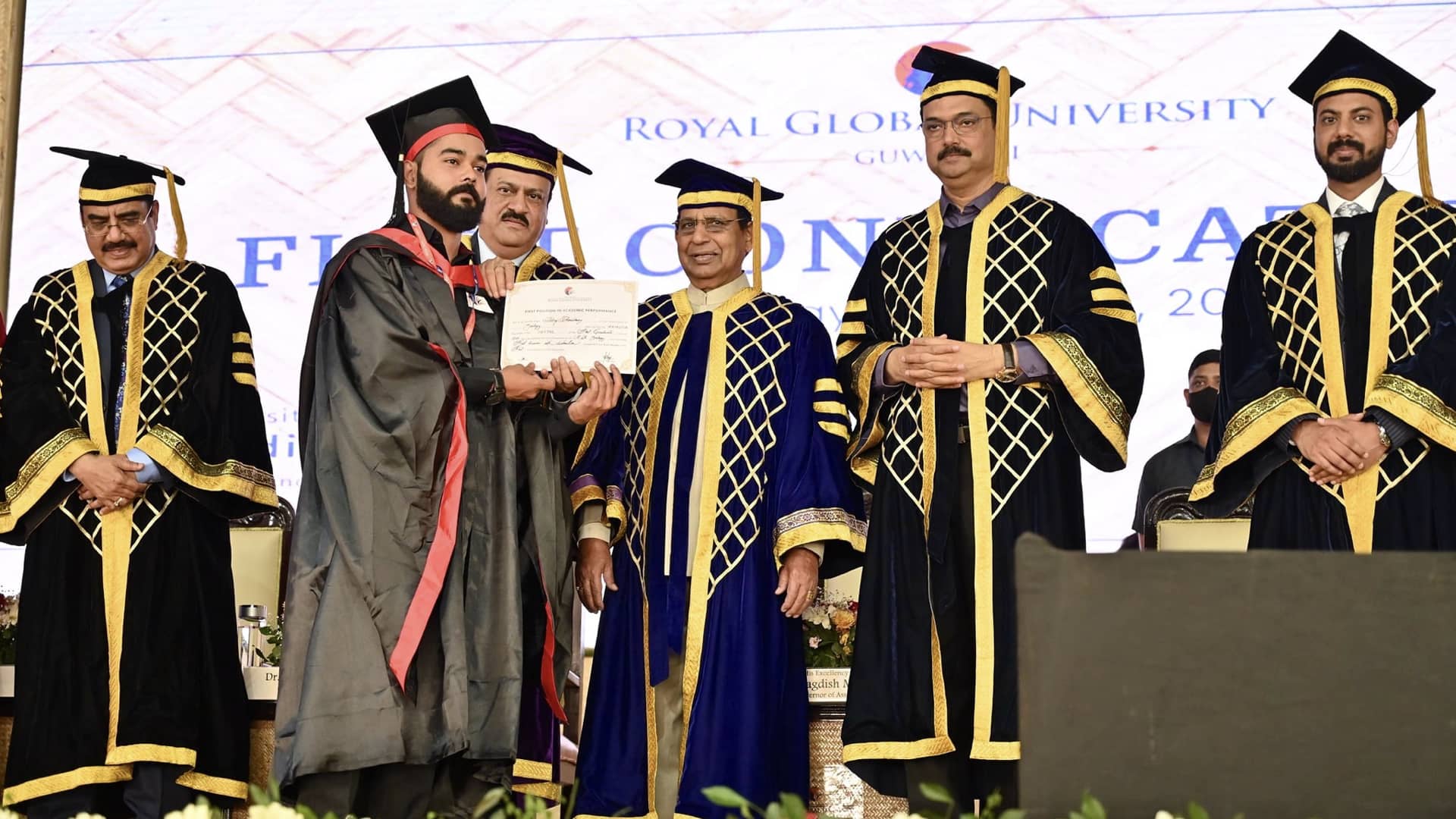 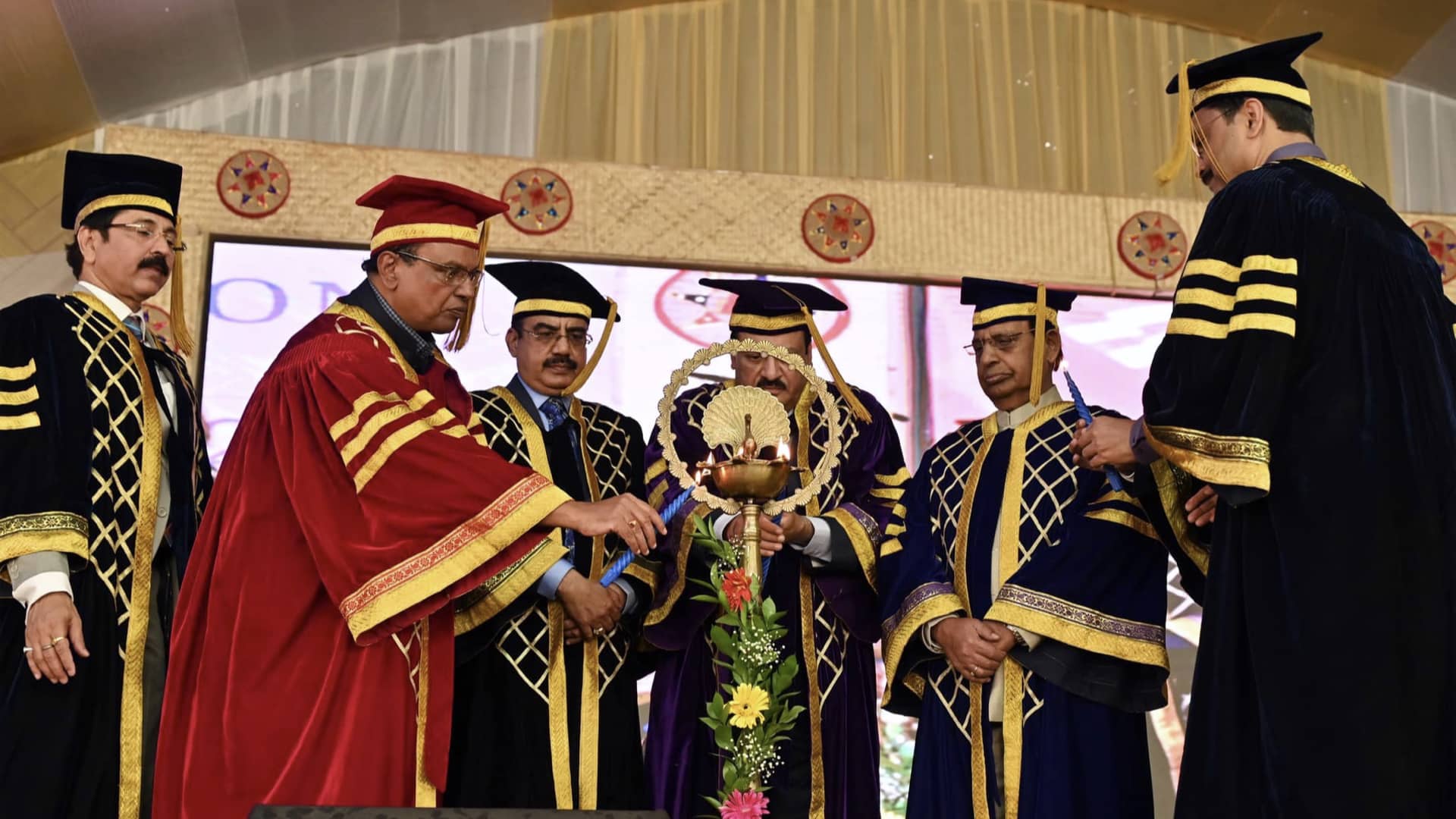 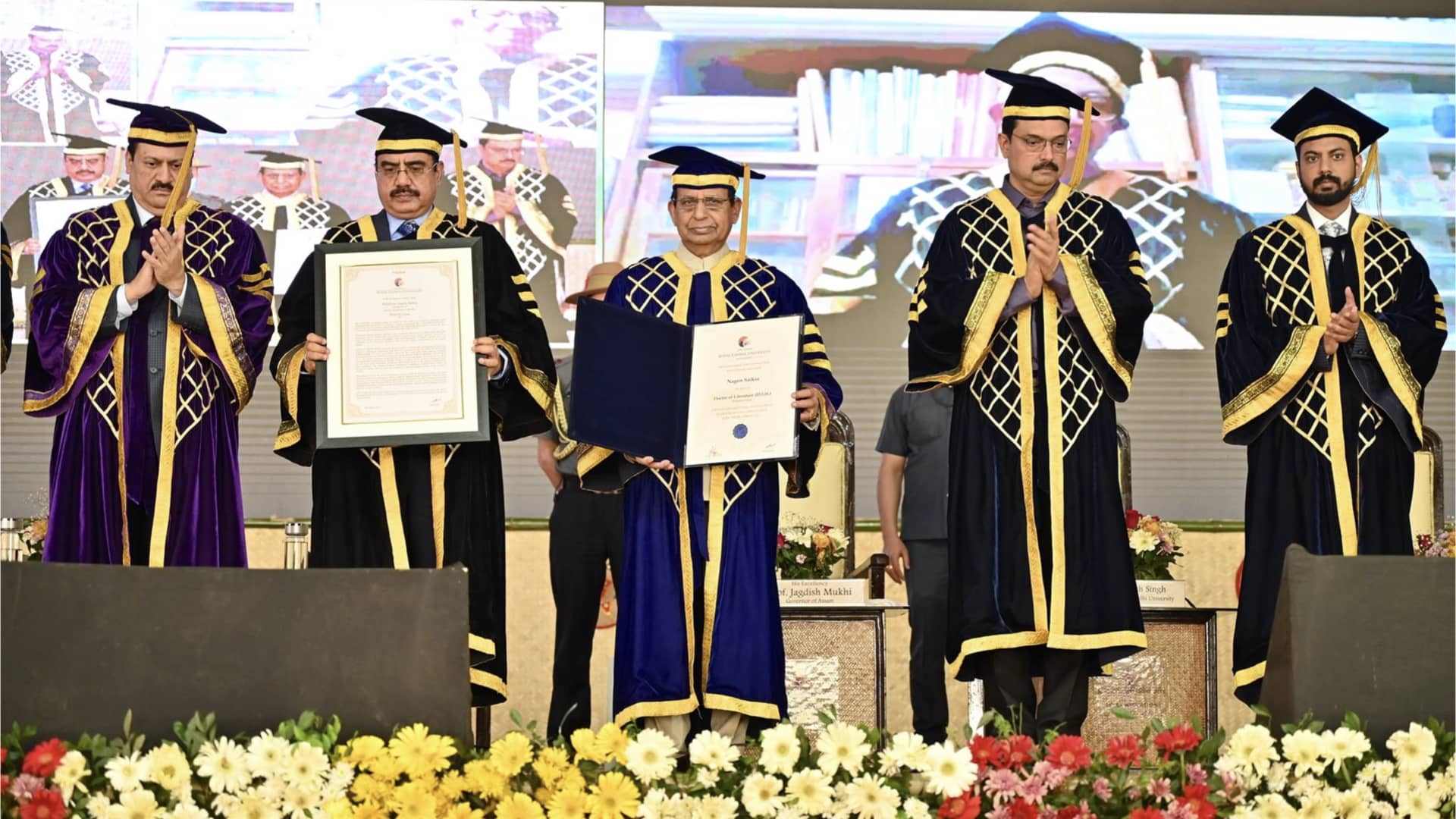 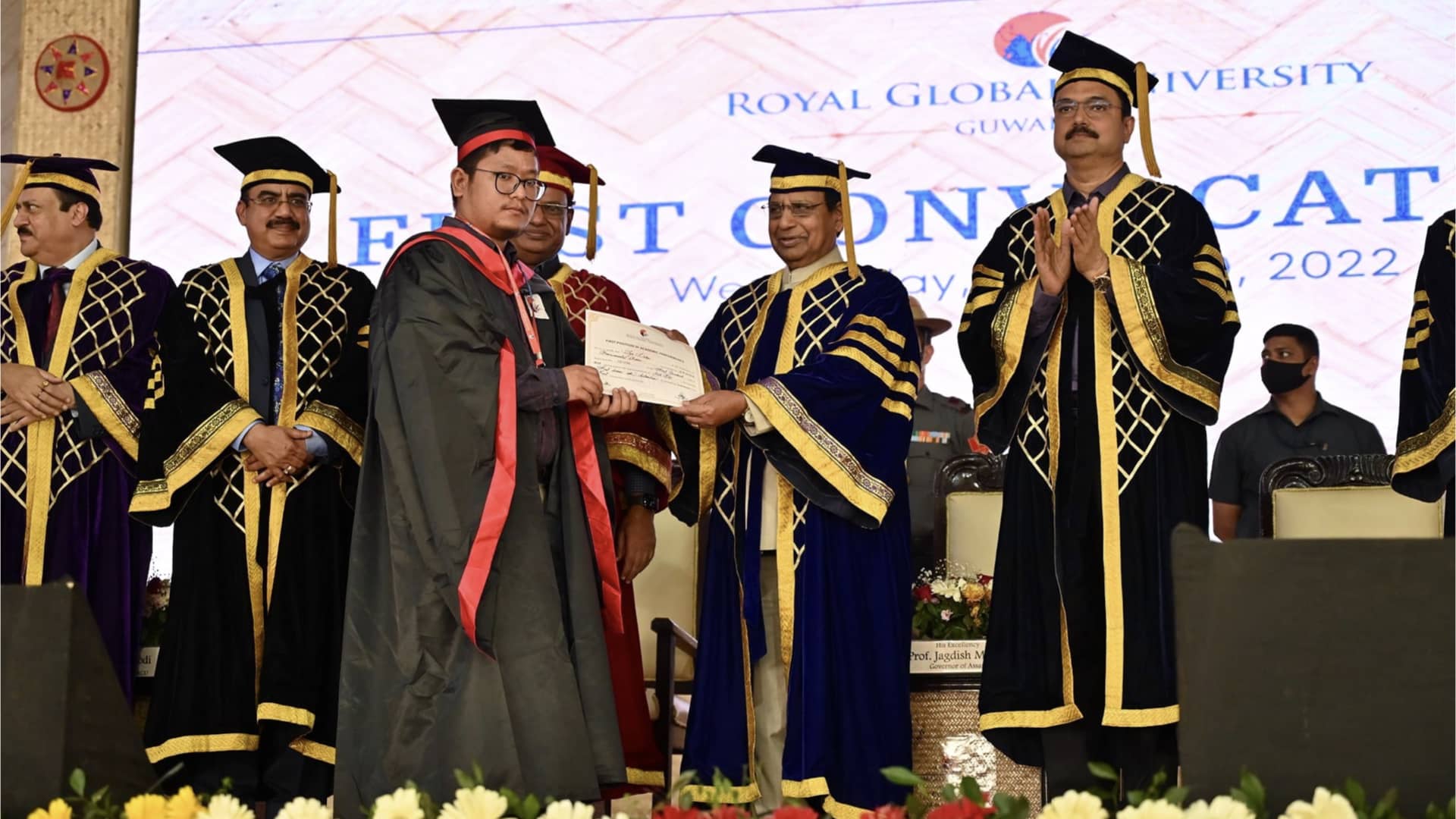 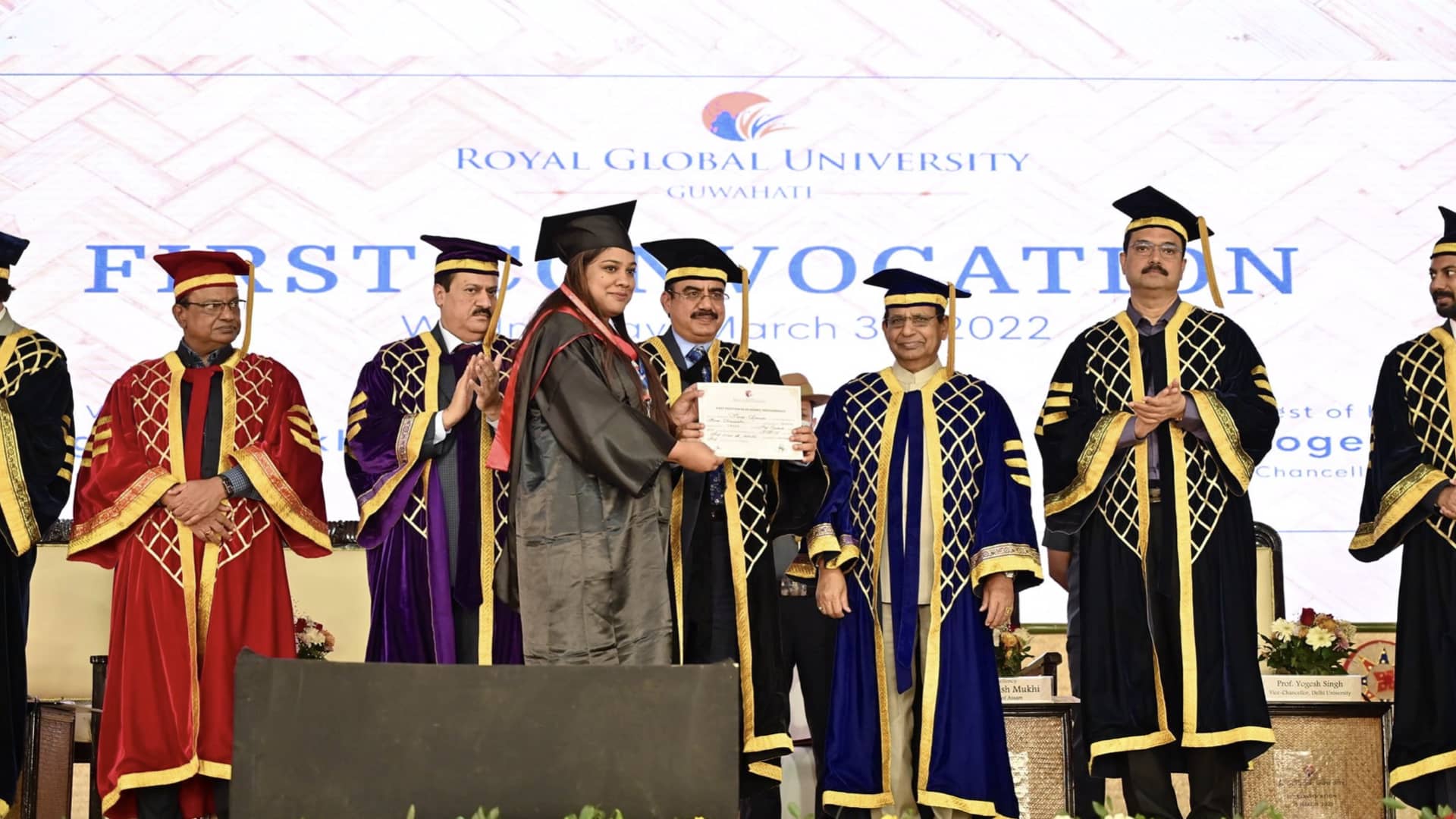 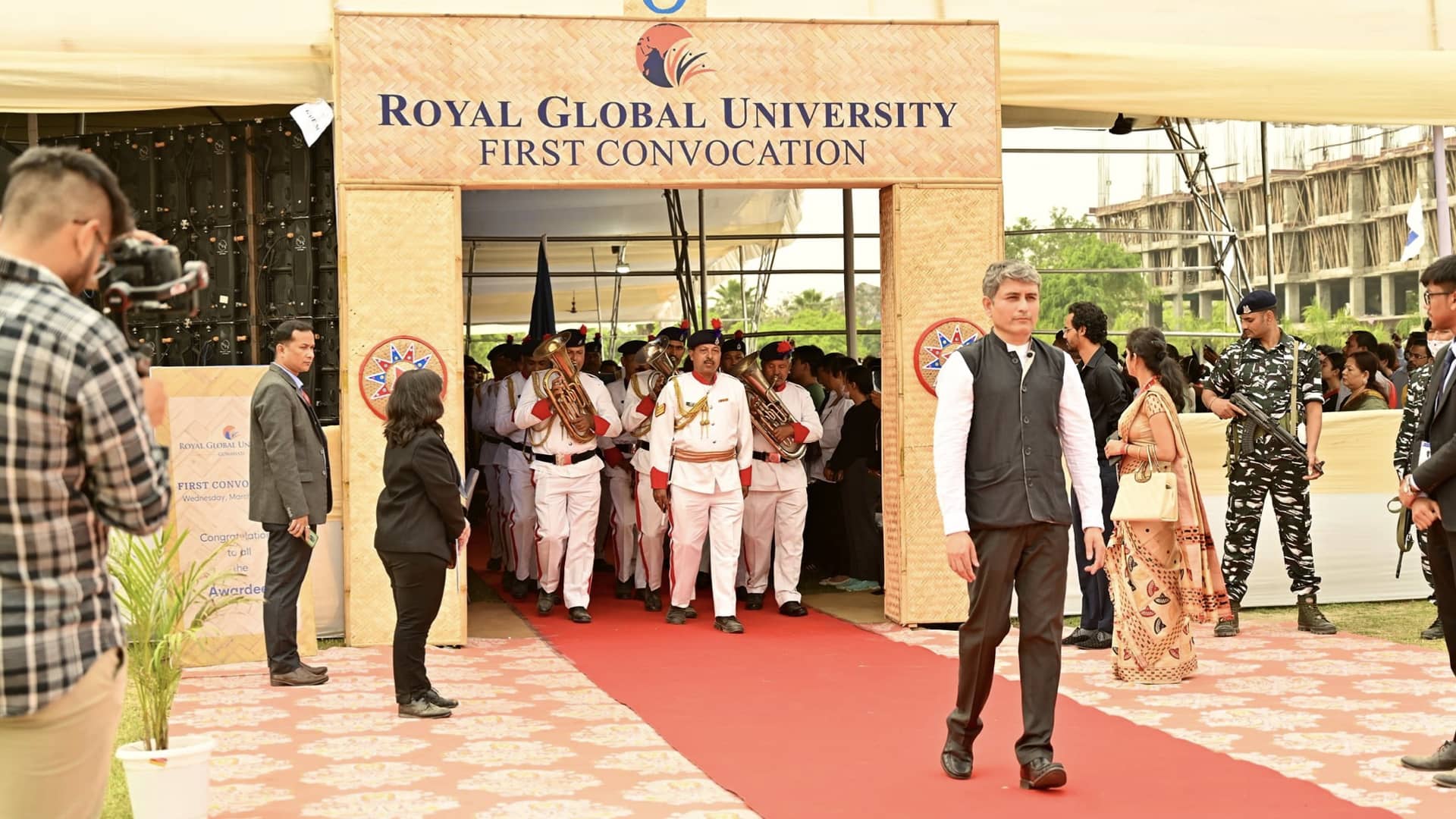 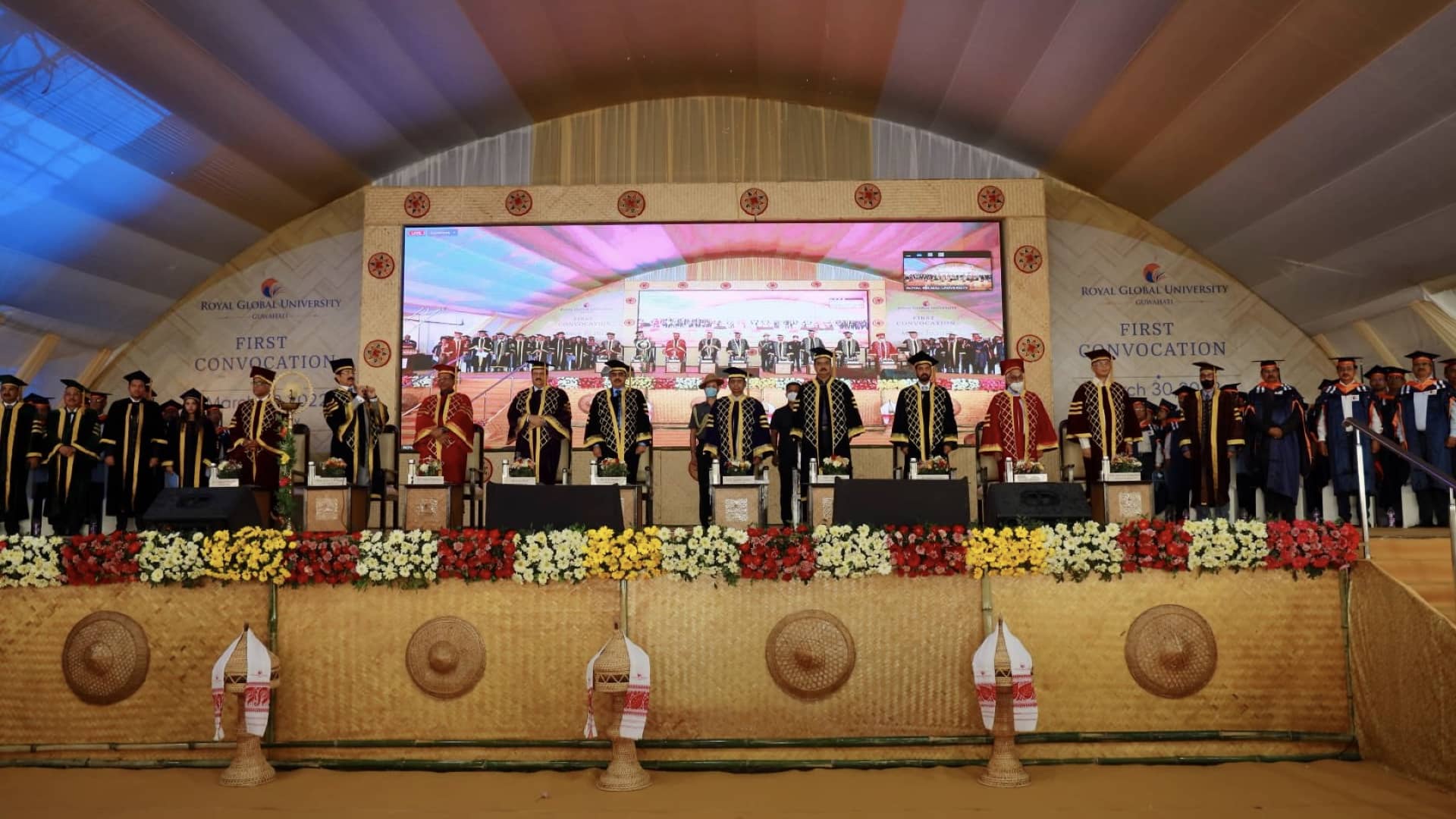 The first Convocation of the Assam Royal Global University (RGU) was held on March 30, 2022 on the campus of the university at Betkuchi, Guwahati. 1723 students belonging to the years 2019,2020 and 2021 have been conferred their graduate and post graduate degrees and diplomas. Three very distinguished personalities of the country were honored in the convocation with the honorary degrees. Professor C.N.R. Rao, FRS has been conferred the D.Sc. honoris causa for his lifelong commitment to science and invaluable contribution towards the growth of scientific research in the country. Professor Nagen Saikia, eminent litterateur received the D.Litt. honoris causa for his critically acclaimed work in the field of Assamese literature and for his distinguished contribution to society, culture and polity. The D.Litt. honoris causa was also conferred on Shri.SajjanBhajanka, an eminent industrialist, educator and social worker for his outstanding contribution for entrepreneurial development in the Northeast India.

The solemn ceremony of the convocation, attended by more than 4000 invited guests including many distinguished academicians of the country and the graduating students, was declared open by the Chancellor of the University Dr. A. K. Pansari. In his address, Dr. Pansari stated that the idea of establishing the RGU has been driven by a spirit of philosophy and service to the society. Emphasizing on values, positive attitude, skill and an open mind of the students Dr.Pansari advised the graduating students to strive for becoming good human beings with commitment and integrity. Congratulating the graduating students, Professor Jagdish Mukhi, the Governor of Assam who is the Visitor of the RGU emphasized upon making quality education inclusive in the country. He called upon the students “to introspect and ponder the value of their degrees and diplomas for addressing the challenges of the outside world”. Professor Mukhi in his address made special reference to the exceptional resilience displayed by the university by effectively resorting to the digital platforms for the transaction of academic activities during the disruptive Covid 19 pandemic.

Attending the convocation as the Guest of Honor, Professor Yogesh Singh, Vice Chancellor of Delhi University delivered the convocation address. In his address, Professor Singh called upon the graduating students to contribute towards nation building with strong moral character. He also stated that our youth must empower them with the knowledge and skill of the latest technology.

Professor (Dr.) S.P. Singh, the Vice Chancellor of the university while mentioning about the development of the university over the last few years since its inception, stated that the university has made remarkable progress both in the development of infrastructure and in academic progression. The university which started in 2017 with 553 students, 82 faculties, today have more than 4000 students and over 276 faculty members, 41% of whom, have PhD degrees, Professor Singh added. He also mentioned that several very senior distinguished academicians of the state and outside, among whomthere are several former Vice Chancellors who are associated with the RGU as Advisors and emeritus Professors. 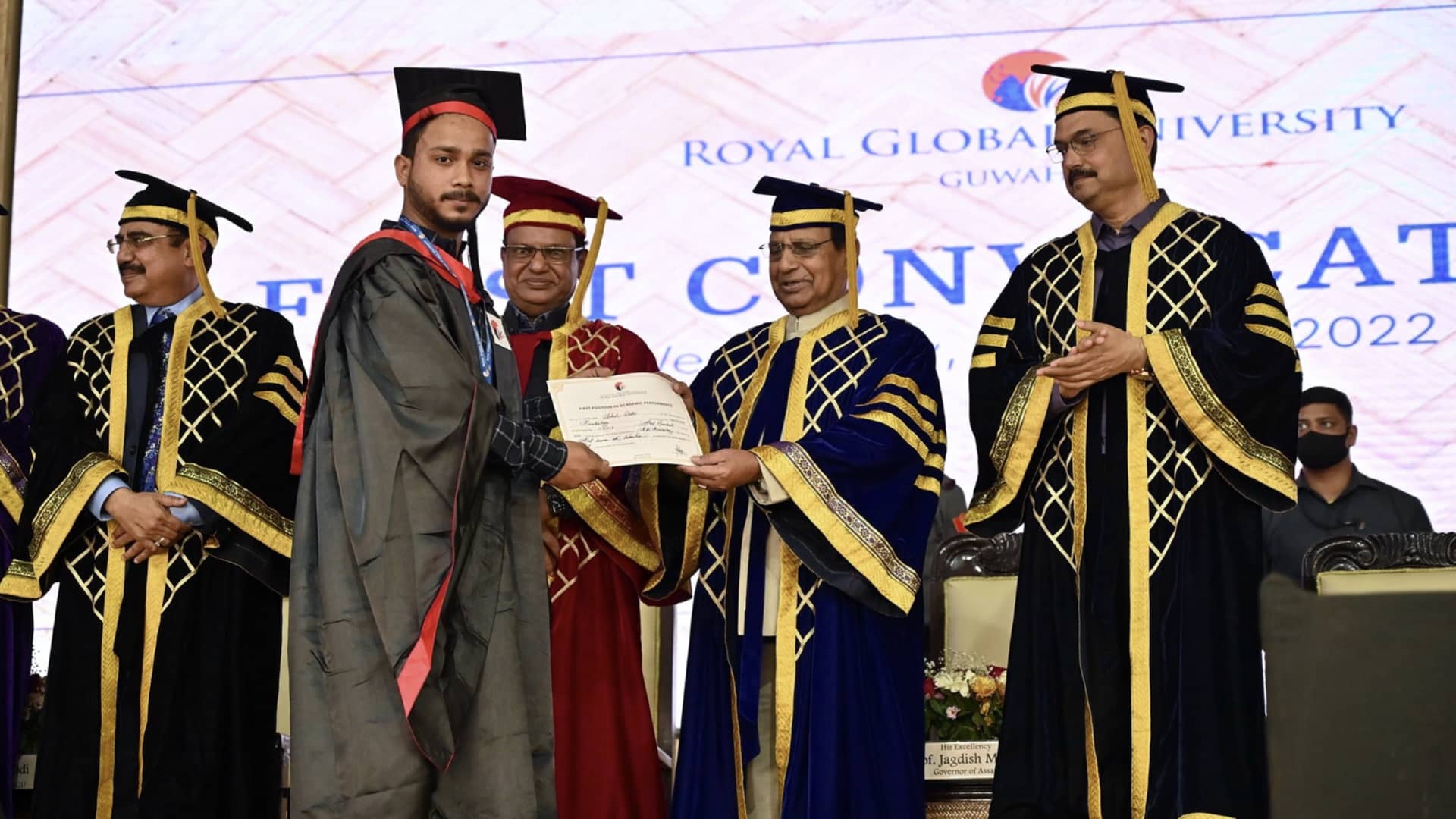 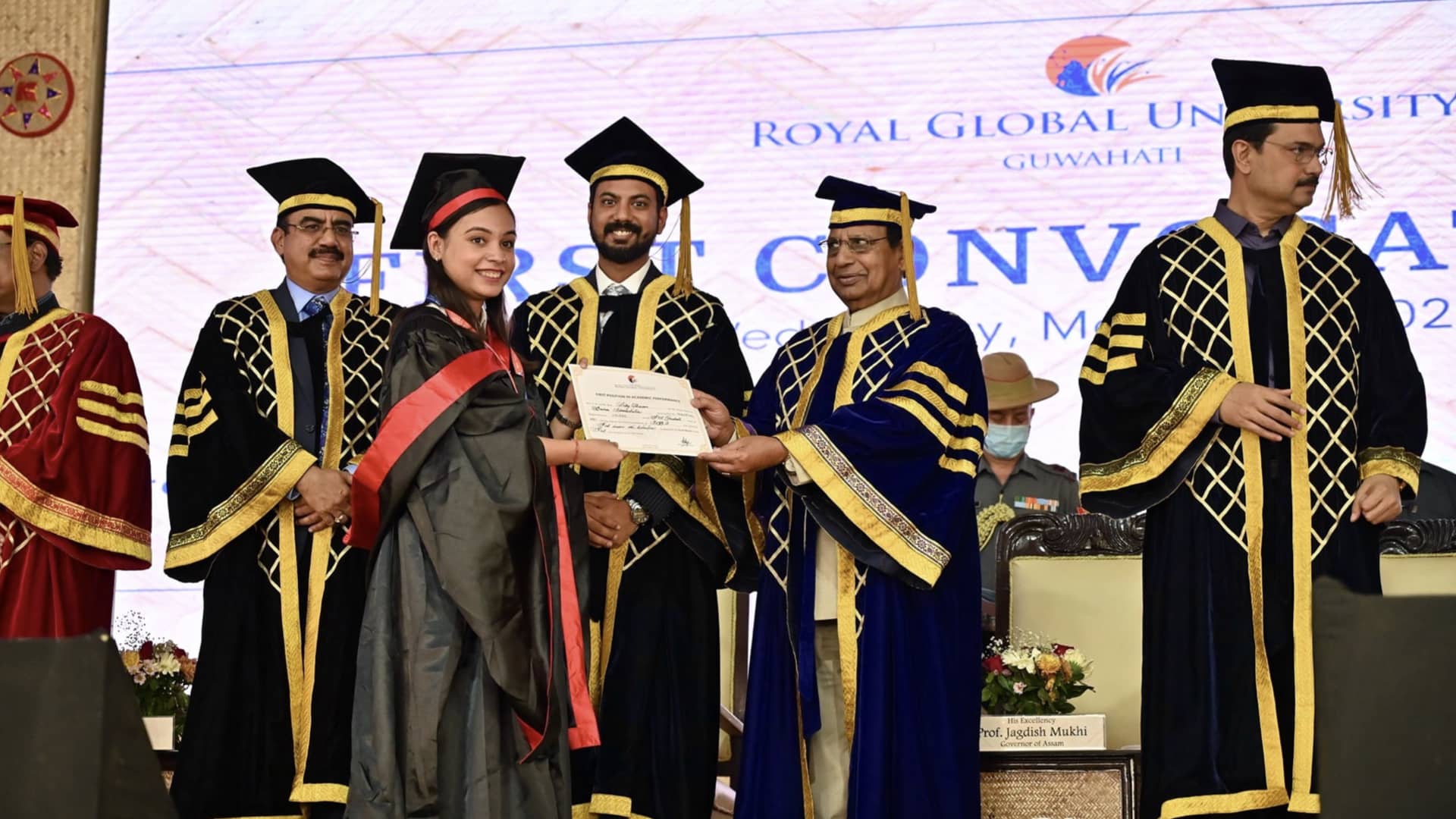 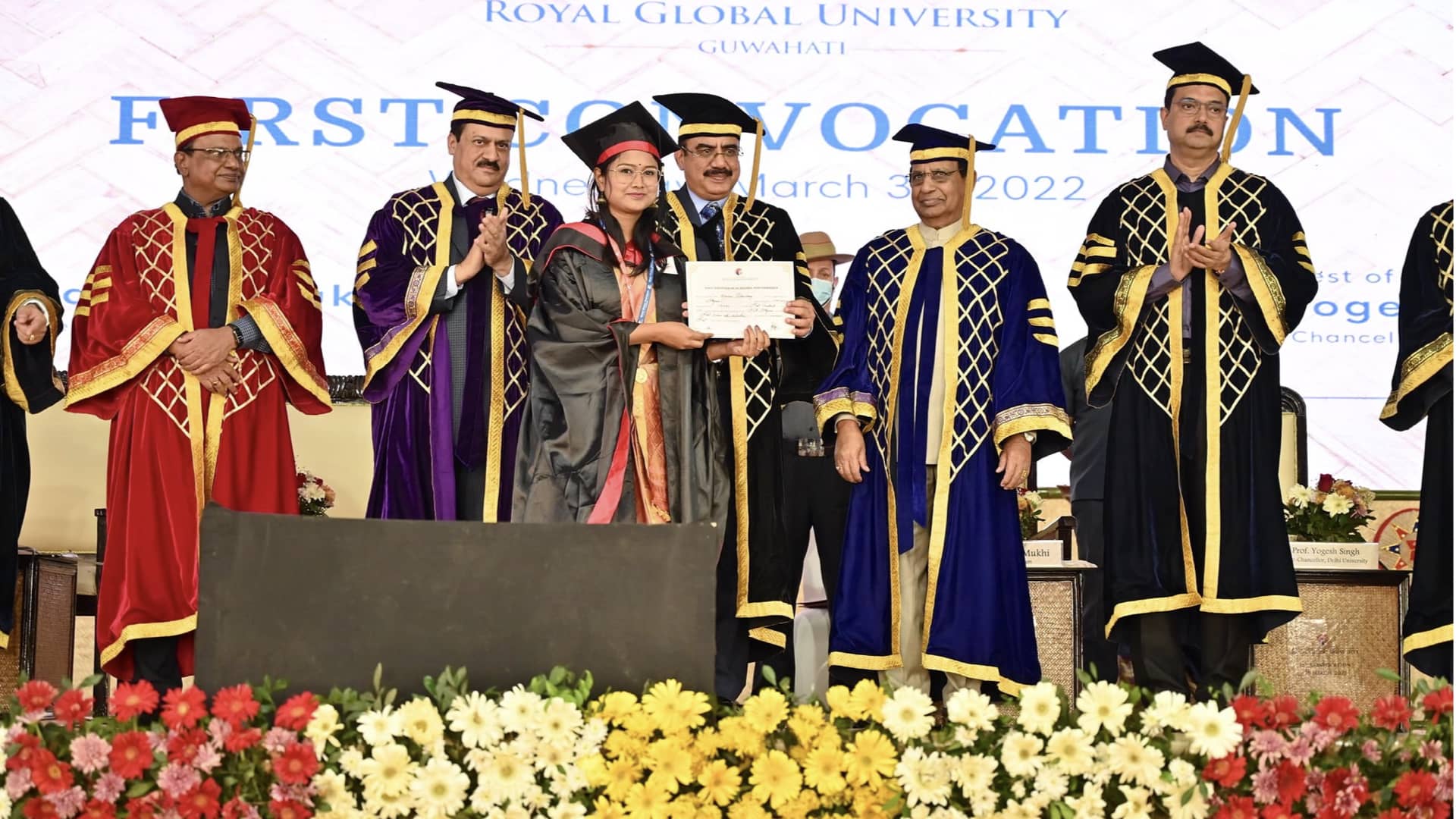 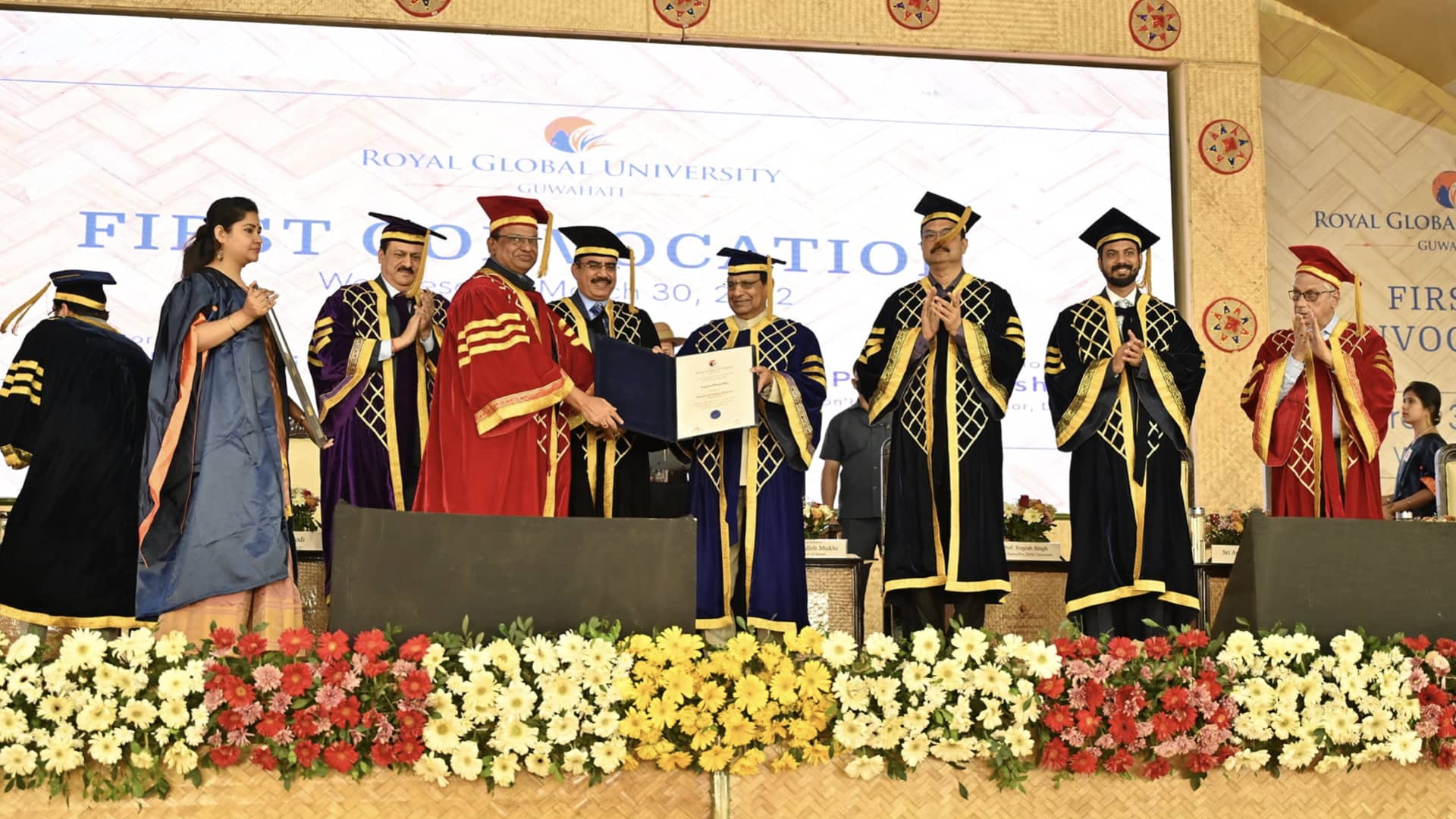 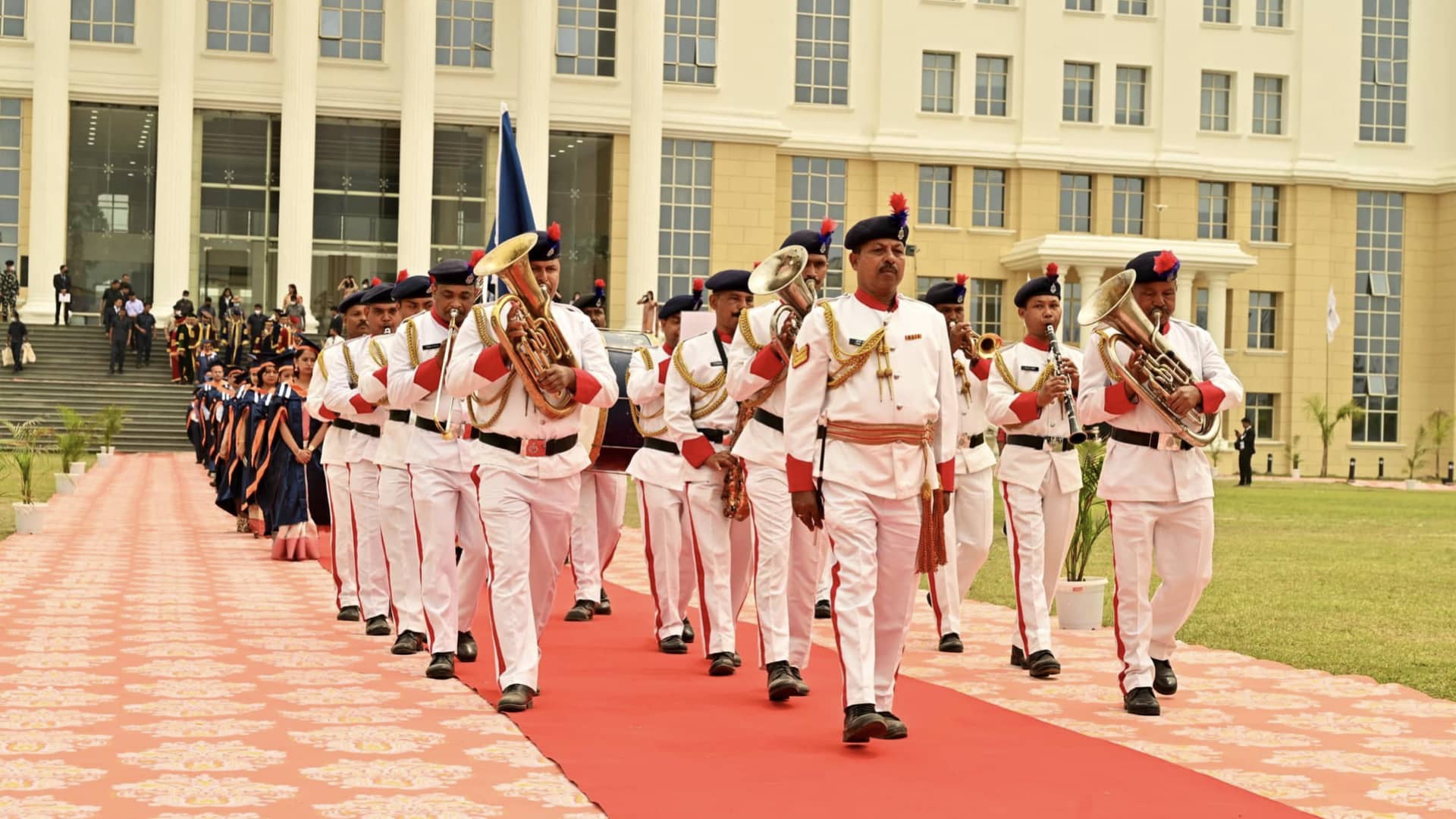 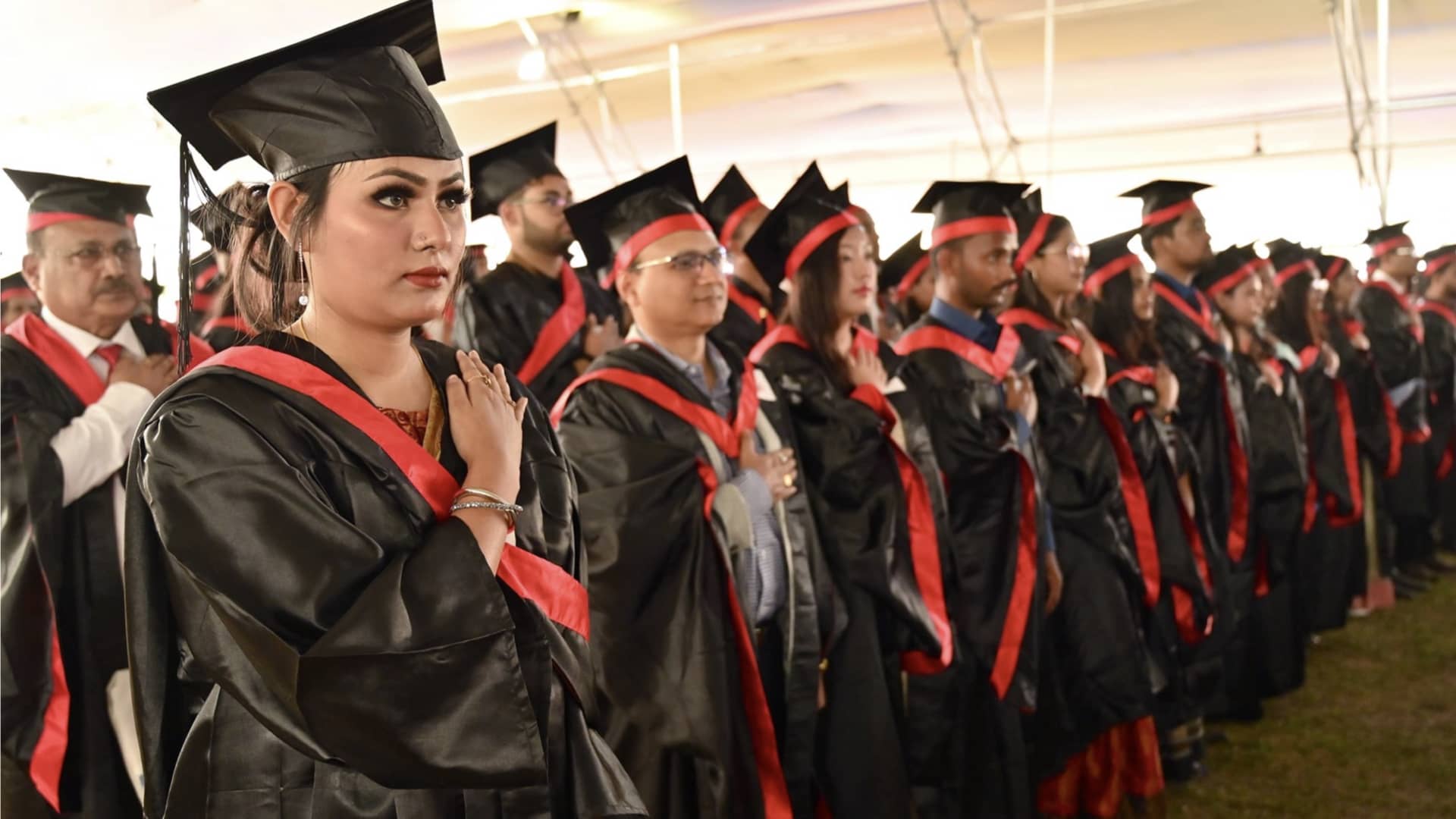 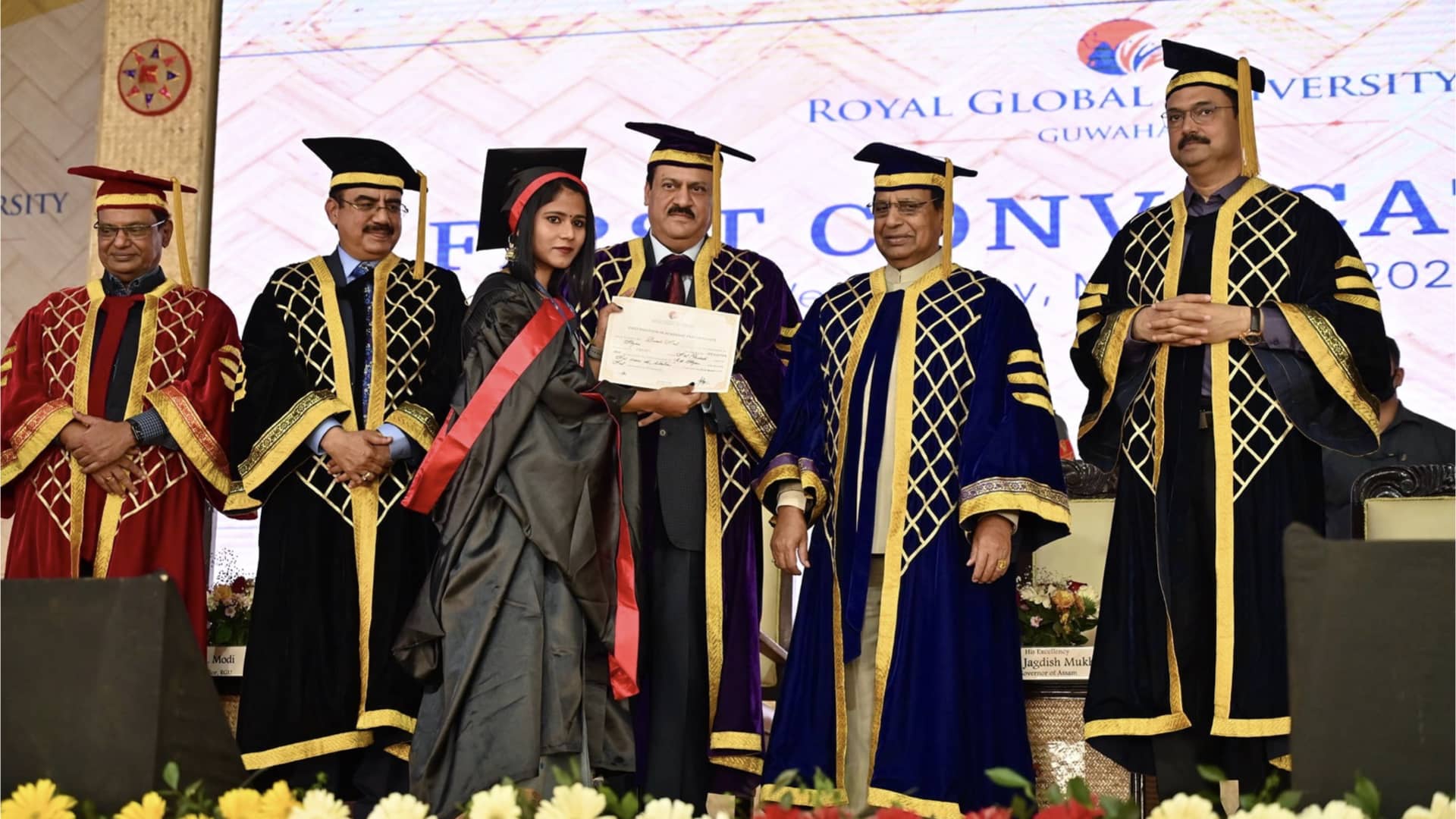 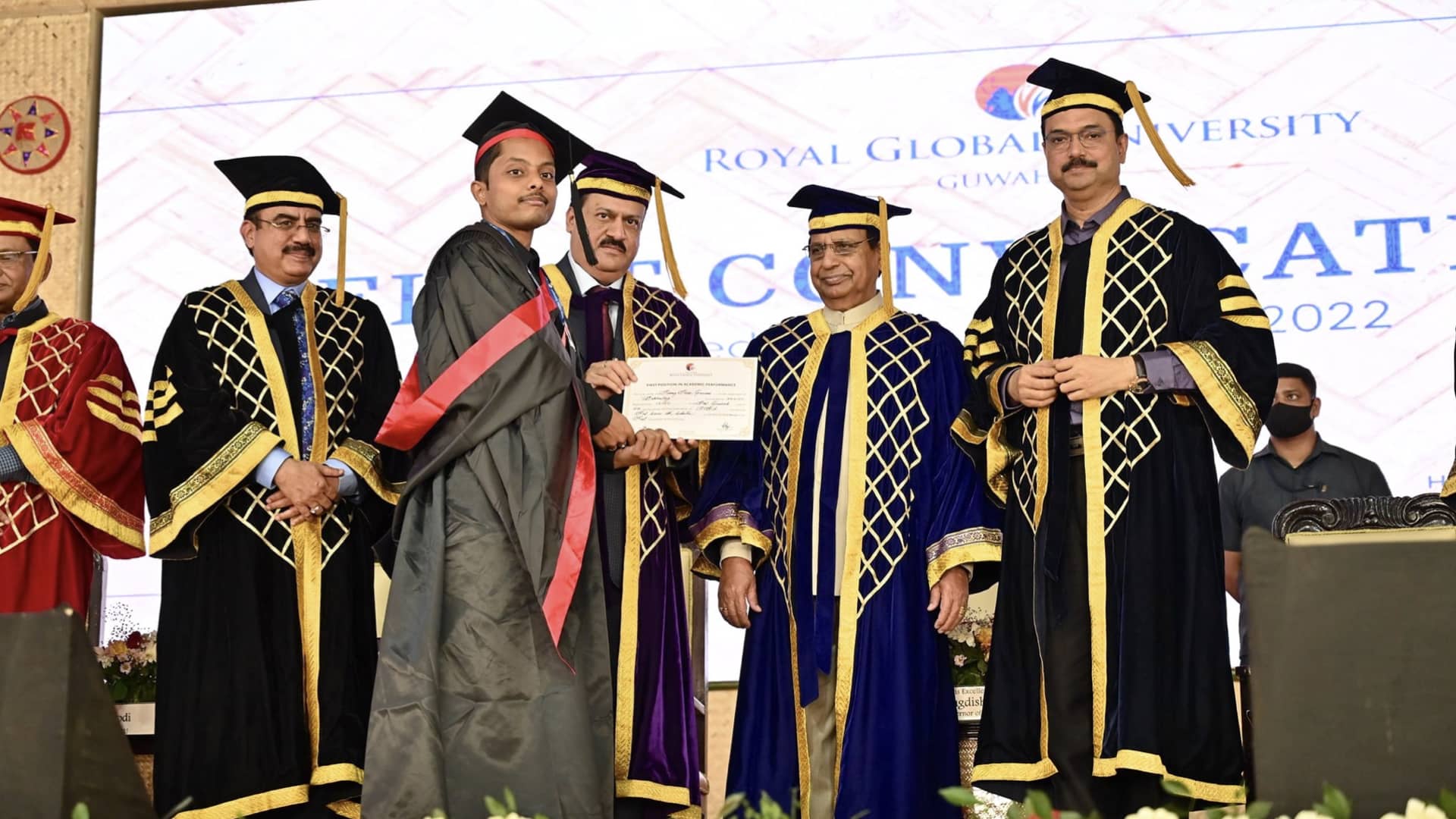 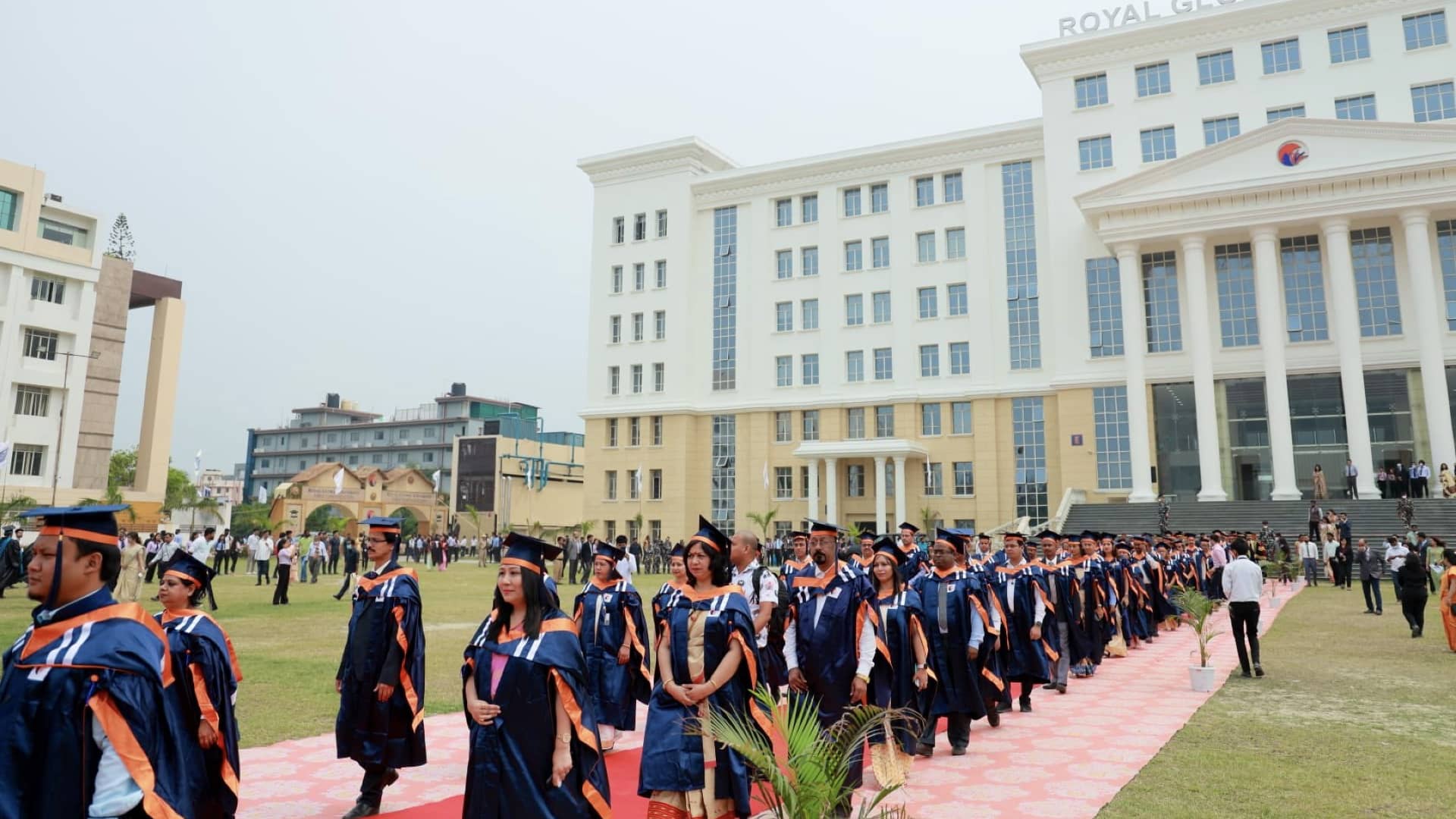 Achievers in the Co-curricular category

Recipients of the Chancellor's Gold Medal

The honorary degrees were conferred on the following distinguised personalities